⚠️ Handheld cameras are not recommended for utility-scale PV systems, as the the lack of distinctive landmarks will result in gaps in coverage and make automated analysis difficult. Handheld cameras are also not recommended for fixed-wing aircraft, as motion blur will occur, and the minimum required flight speed does not provide sufficient time for a human to focus and trigger the shutter.

Handheld Camera Models
Despite drawbacks with handheld cameras, two recommended handheld thermal cameras are the FLIR T1020 and the Fluke TiX580. Both cameras are in the long-wave infrared (LWIR) spectral range, and inspections can be done to IEC TS 62446-3:201 compliance with a tight data capture protocol.

Historical Use of MWIR
Mid-wave infrared (MWIR) thermal cameras have historically been utilized for manned aircraft inspections of solar PV systems. Defects can be visualized, however these thermal cameras are not IEC compliant. Per the IEC, “Cameras operating in wavelength range of 2 µm to 5 µm shall only be used for thermography of electrical BOS components, e.g. fuses. Due to the transparency of glass in the range of 3 µm the use of that range on PV modules can lead to measurement errors.” As seen in the table below, the most popular models for PV system inspection fall within this spectral range.

Comparison to Drone Sensors
MWIR thermal cameras have historically been used due to low integration times. By relaxing the standards on the type of light that can enter the camera, more light can be collected in a shorter amount of time, which prevents the image from blurring. Manned fixed-wing aircraft are required to maintain significant margin above the stall speed — the speed at which there is significant loss of lift. In contrast, drone-based cameras have a 46% longer integration time, but fly much slower over the PV system. Integration times that are too short relative to the amount of light suffer from image degradation (e.g., a grainy photograph taken at night). 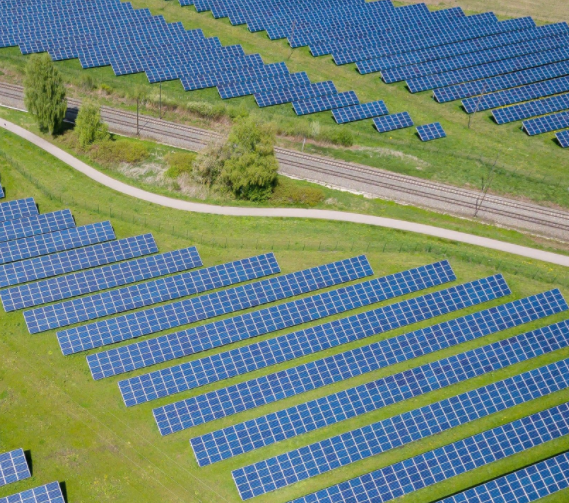 Considerations for Uncooled Cameras
In order to achieve these lower integration times, the MWIR sensors must be cooled, which contributes to the size, weight and power (SWaP) needed, resulting in a larger camera system. Although increased sensitivity can be an advantage of a cooled system, there are several reasons why uncooled thermal cameras can be advantageous:

Aircraft-Mounted Camera Models
FLIR, one of the large thermal imaging companies, recently released a new line of Strained Layer Superlattice (SLS) cameras. The SLS cameras combine long-wave infrared (LWIR) imaging, one of the requirements for IEC-compliant inspections, with long lenses (50–⁠200 mm focal length), which enables sensors to be farther away from solar PV modules (i.e., a safe altitude for aircraft). It’s recommended that customers require access to the original data, including metadata, to verify the data capture setup used.

Common camera sensors for manned aircraft are summarized in the table below. Other sensors may be acceptable but must meet resolution, metadata and image type requirements including radiometric thermal images.

Comparing the A6000 & A8000 Series
⚠️ The A6000 series has a resolution of 640 × 512, which is equivalent to most thermal imaging systems in drones. However, because manned aircraft are necessarily 5–⁠20 times farther away from solar sites than drones, an “equivalent” resolution on a manned aircraft is less useful in practice. This economical imaging system is only recommended for helicopter-based C&I inspections and utility-scale overview inspections to detect offline strings and larger issues.

The A8000 series has a resolution of 1280 × 1024 and is the preferred thermal imaging system. The field of view is twice as wide as the A6000 series for an equivalent focal length, requiring fewer passes to capture a complete dataset.

The longest focal length lens available for these cameras is 200 mm. The 200 mm lens enables an aircraft to be maximally distant from the target, but the shorter integration time and wider field of view afforded by a 100 mm lens may be preferable to the user. Both are supported but the 100 mm lens is recommended as it offers a good balance between safe distance from the target and easy communication of coverage and flight plan between pilot and data collection specialist.

⚠️ Longer focal length results in a zoomed in image and narrows the field of view. This is a necessary tradeoff for manned aircraft, as the sensor (camera on the airplane) is 500⁠–⁠2,000 feet away from the target (PV module). A 50 mm is acceptable for helicopter-based C&I inspections and overview inspections but will necessitate closer proximity to the site which may be distracting for individuals on the ground.