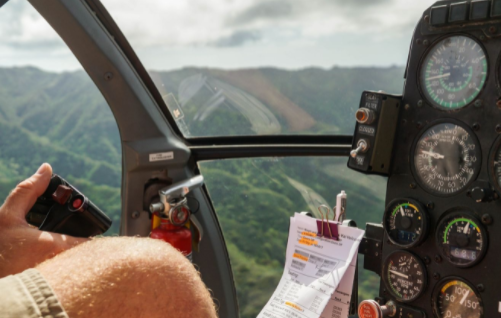 A manned (piloted) helicopter is an acceptable choice for inspection. Although utilities are increasingly utilizing UAS for transmission line inspections, helicopters have traditionally been the the backbone of the fleet. Helicopters may be operated in doors-open or doors-off configurations, which is great as infrared waves cannot travel through window glass. With a helicopter, it is possible to hover and descend over a PV system to obtain high quality, high resolution sample data. However, when dozens of PV systems are scheduled in a single day, quality can degrade. Ensure that your vendor contract requires original data to prevent degradation in quality at scale.

⚠️ High winds need to be considered when conducting manned operations. While helicopters have omnidirectional flight capabilities, slower and controlled flight (including hovers) with a significant tailwind (above 15 knots) add additional risk factors. These include loss of tail rotor effectiveness, yaw stability, longitudinal stability issues due to wind getting under (or over) large stabilizer surfaces and potential compressor stall issues in turbine machines.

⚠️ In high tailwinds the helicopter vertical tail (and fuselage) may align try to align with the wind, resulting in uncommanded yaw. If not corrected with proper pedal input, this may lead to loss of control. Clear communication between the pilot and camera operator is recommended to deconflict any wind-induced data capturing blockers.

⚠️ Safety during helicopter operations is also paramount. Any equipment present within the helicopter cabin during a doors-open or doors-off flight must be secured and/or be fastened to a stable mount to minimize the risk of loss of items and flying debris. Loose items pose safety and equipment damage risk and items caught in the tail rotor can require emergency landing.

Helicopters Models
Example helicopters that can be used for solar PV site inspections (a partial list) include:

Robinson R44
The most common helicopter for solar system inspection is the Robinson R44, the world’s best-selling helicopter. It has a range of 300 nautical miles and seats four, so there is adequate room for a pilot and data capture specialist. Operating costs to contract with an R44 pilot and aircraft can be $500–900 per hour. Weight Limit Per Seat - 300lb.

Robinson R22
When an overview-level inspection is needed for fewer than five small C&I PV systems, the Robinson R22 is a good choice. It is a smaller, two seat variant of the R44, and has a range of 200 nautical miles. In this configuration, a data capture specialist uses a handheld camera setup, such as the FLIR T1020 and Fluke TiX580. Operating costs to contract with an R22 pilot and aircraft can be $300–700 per hour. The R22 is not recommended for large portfolios and large solar systems. Weight Limit Per Seat - 240lb.

Bell 206 - JetRanger
If there are no Robinson R44s near the solar site, the Bell 206 JetRanger is a good option. The price point is typically more expensive at $1200-$1500 per hour, however when factoring in mobilization fees for a distant R44, the JetRanger can become economically viable. Weight Limit Per Seat - None. 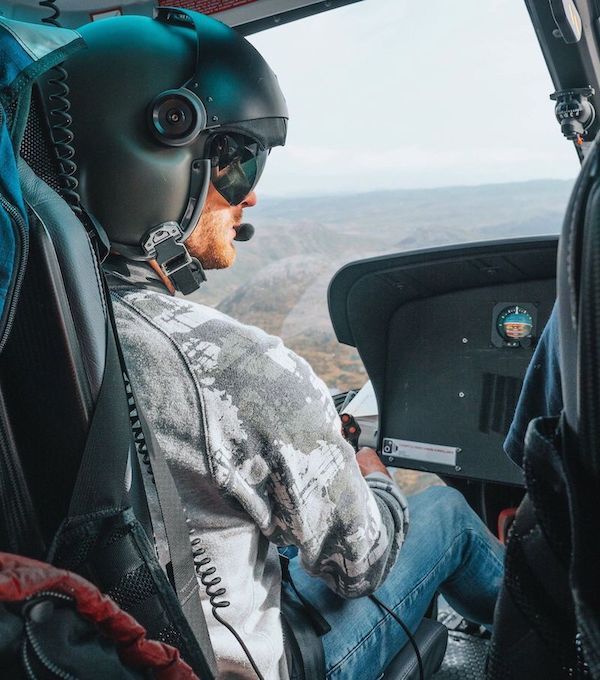